Werewolves are creatures that are said to change from human form to a human-wolf hybrid form.  This change usually occurs during or because of a full moon, but not always. 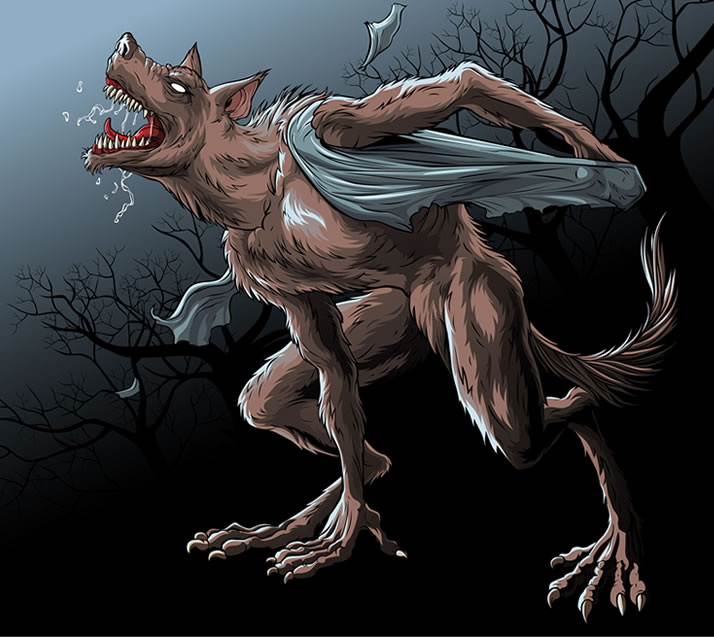 Their appearance may change depending on who saw them or who is telling the tale, but most werewolves are roughly the same size as the human they transformed from or slightly bigger.  They often retain a number of human features as they transform from human to hybrid, giving them a twisted, abnormal appearance.  They almost always stand on two legs, as humans do, but on rare occasions run on four.

They are sometimes depicted as drooling with wild or ravenous eyes, and usually have long hair along their arms, legs and face.  Werewolves are faster, more athletic and stronger than humans. 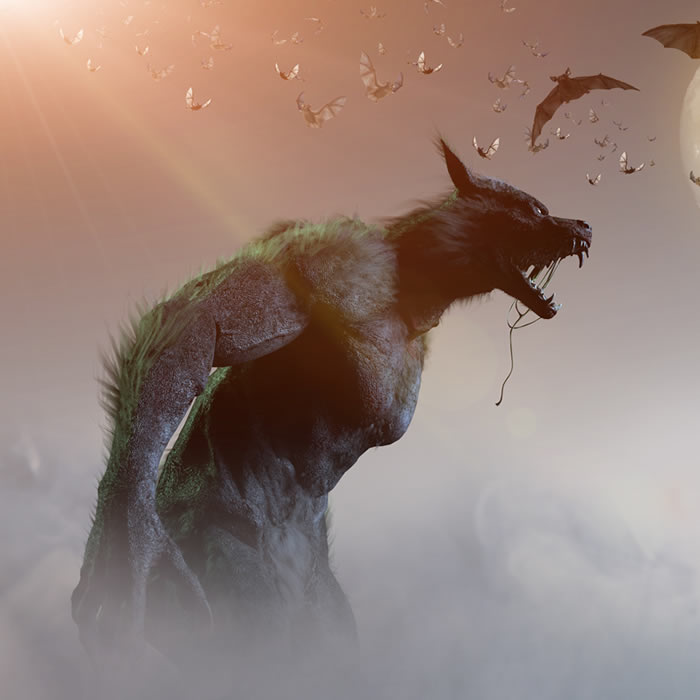 Where did werewolves originate?

No one knows exactly where the legend of the werewolf originated, but people have been telling their tales for many centuries.  Stories can be traced as far back as Greek and Norse mythology, and possibly even earlier.  In the 1500’s, several people were tried and executed as werewolves.

These creatures have also been referred to as lycanthropes for many years.  The word lycanthrope originates from the Greek mythological story of Zeus turning King Lycaon and his children into wolves.  According to legend, Zeus did this because of the evil acts of King Lycaon, which included sacrificing children at the altar of Zeus.

The Werewolf Book: The Encyclopedia of Shape-Shifting Beings, 2nd Edition, by Brad Steiger, 2011

The Werewolf in Lore and Legend, by Montague Summers, 2003

The Werewolf Handbook: An Essential Guide to Werewolves and, More Importantly, How to Avoid Them, by Robert Curran, 2010

Werewolves in Writing, Movies and Music