Ogres are large, ugly creatures that are often found in fairy tales. They often have terrible tendencies, such as eating people or animals. They may also be described as being angry or dumb. 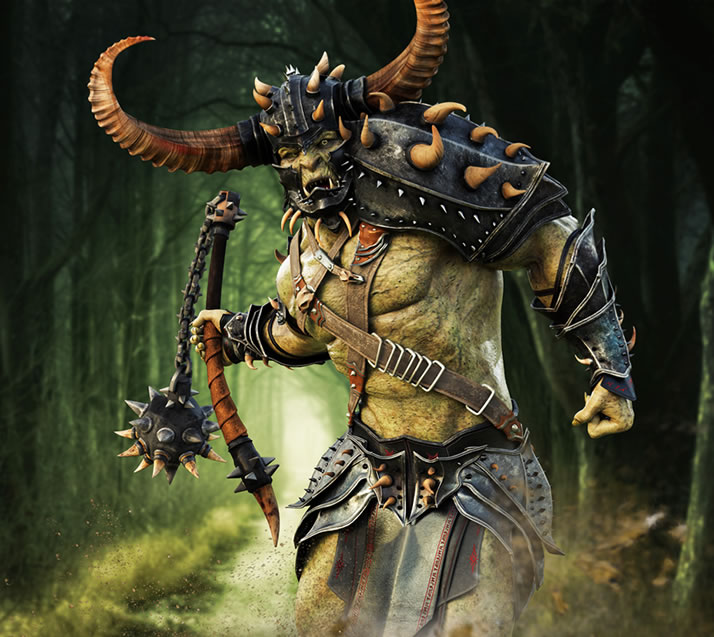 Ogres are large monster-like creatures that have human features, such as two arms, two legs, a nose and a mouth, and they walk on their hind legs. They are considered to be very ugly, and are sometimes referred to as ‘hideous’. They may be portrayed as having green or off-colored skin, as in the movie ‘Shrek’. Other attributes of ogres can include long hair, larger ears, and warts. 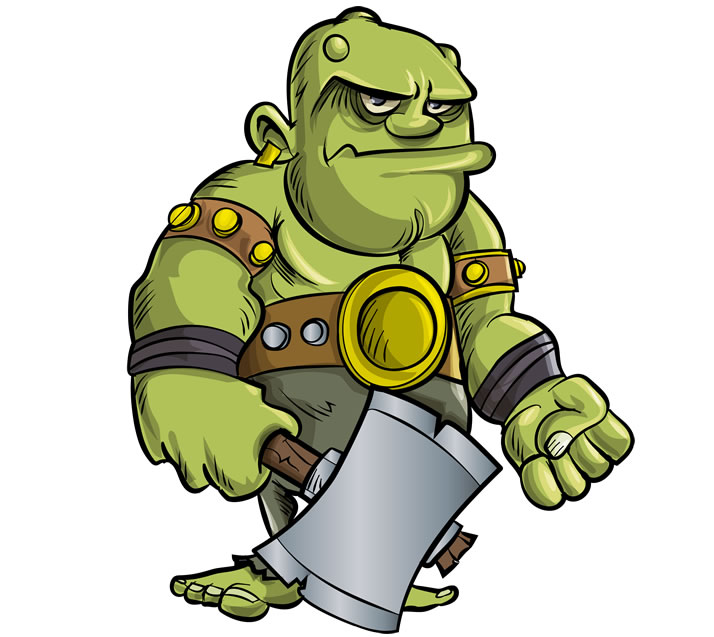 According to Wikipedia the first appearance of ogres in literature occurred in the 12th Century, in a poem titled ‘Perceval, li contes del graal’. They became more widely known in the 1600s, when Charles Perrault assembled a collection of fairy tales that had originated in Europe many years before, called ‘Histoires ou contes du temps passe, avec des moralités’. This translates to ‘Stories or tales from times Past, with morals’.

In the story Puss and Boots, written by Charles Perault around 1695, a daring and cunning cat named Puss in Boots is the heroine. She has been on a mission to help feed her poor broke master since her master’s brothers kicked him out of their father’s house.

The people in Puss’ kingdom have been terrified of an ogre that lives in a castle for some time, because it had eaten children in the past. Puss goes to the castle where the ogre lives, and as the ogre does not eat cats, allows Puss in without harming her. Puss appeals to the ogre’s vanity and states: “I hear, great Ogre, that you are so clever, that you can turn yourself into any creature you please.”

When the Ogre says that it can, Puss says that she would enjoy seeing it do so. The Ogre turns itself into a lion and lets out a loud roar, startling Puss. Puss admires and praises the Ogre’s abilities and then asks it if it can turn itself into something small.

The Ogre, who is quite arrogant and proud, says that it can and turns itself into a mouse. Puss quickly jumps on the mouse and kills him, and saves the kingdom from him.

A story called ‘Sleeping Beauty’ is included in Perrault’s collection. Perrault’s version contains two parts. In Part I a princess named Briar Rose is cursed by an evil fairy who is upset that she has been forgotten about at the christening of Briar Rose. This part is well known today, especially in part because of Walt Disney’s 1959 animated film.

Part II of Perrault’s narrative isn’t well known. In this second part, Briar Rose and a Prince who has rescued her from the evil fairy’s curse have been married, and have two children. Unknown to Briar Rose and the Prince, the Prince’s mother is an ogress, which is the name for a female ogre, and desires to eat the two children. The Queen Ogress orders a cook to prepare the children for her to eat for dinner. The cook tricks the Queen by giving her a lamb and a goat to eat instead of the children.

After the Queen finds out about the tricks, she is enraged, and orders a large vat or tub to be placed in the courtyard filled with toads, snakes and serpents. She has Briar Rose and the two children readied to be cast into the vat when the Prince, who has become King, returns and finds out about his own mother’s secret identity and her evil plan. The Queen Ogress is fearful and angry, and tosses herself into the vat, and the King, new Queen and two children live happily together.

The movie “Shrek” actually turns the notion that the creatures are mean, ugly and hideous on its head. The movie plays on the concept of the angry ogre, in that Shrek the ogre initially presents himself as mean as a way of keeping people and other creatures away from him. The reason he does this is because for his entire life, people and other fairy tale creatures have thought he was a mean and nasty ogre, and none of them took the time to get to know the real Shrek.