Medusa is a famous monster from Greek Mythology who had snakes for hair. In the mythology, it was said that people would turn to stone when they looked directly at her.

She is a tragic Greek character, as she was once a beautiful woman but was turned into an ugly creature by the goddess Athena when Athena punished her for sleeping with Poseidon. Her story ended just as tragically when she met her fate at the hands of Perseus and was beheaded by his sword. 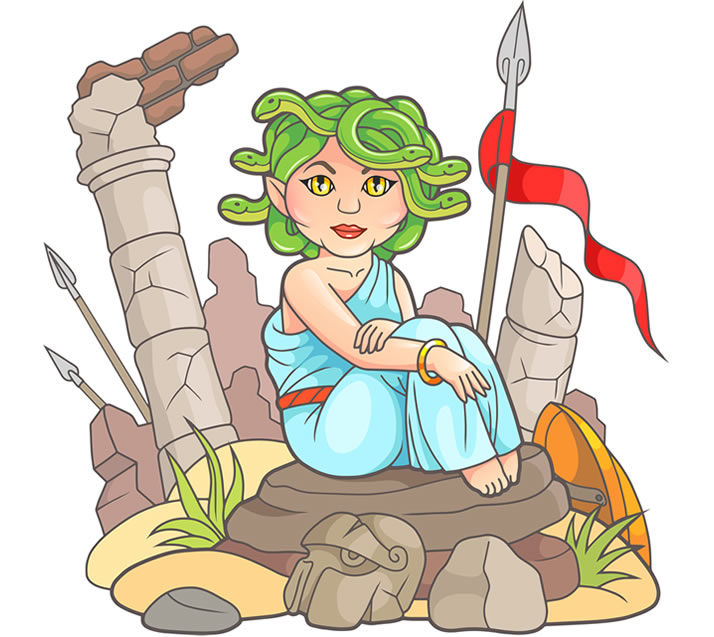 Medusa is a monstrous being that is part snake and part human. While most of her form was female, she also possessed wings, tusks and her hair was a slithering cluster of vipers. Some designs on pottery and other artworks depict Medusa and her sisters as horrid creatures; younger designs tweaked things a bit, shaping her snakes and form so she appears pleasing to the eye. 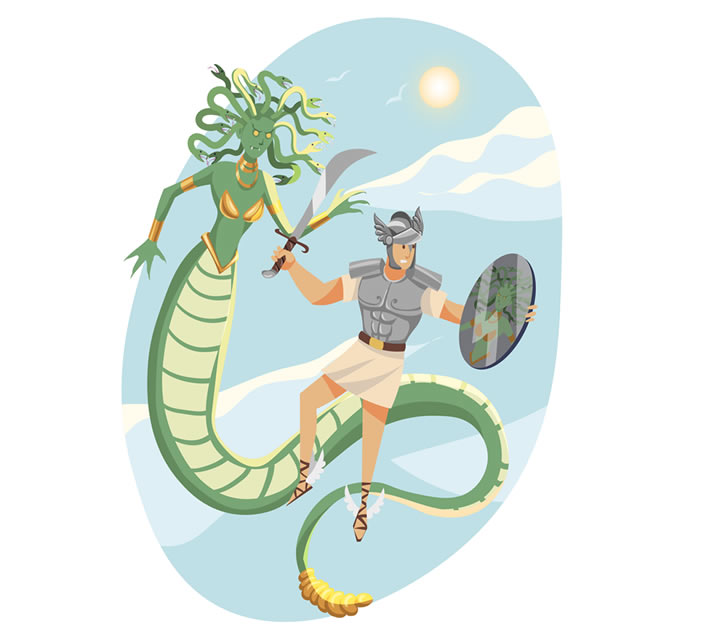 There are two major origin stories for the creature known as Medusa.

While most sources claim that the gorgons were the children of Phorcys and Keto, a pair of primordial sea deities, Hyginus’s poetry indicates that her father was an entity known as “Gorgo,” thus making his three sisters the “gorgons”. 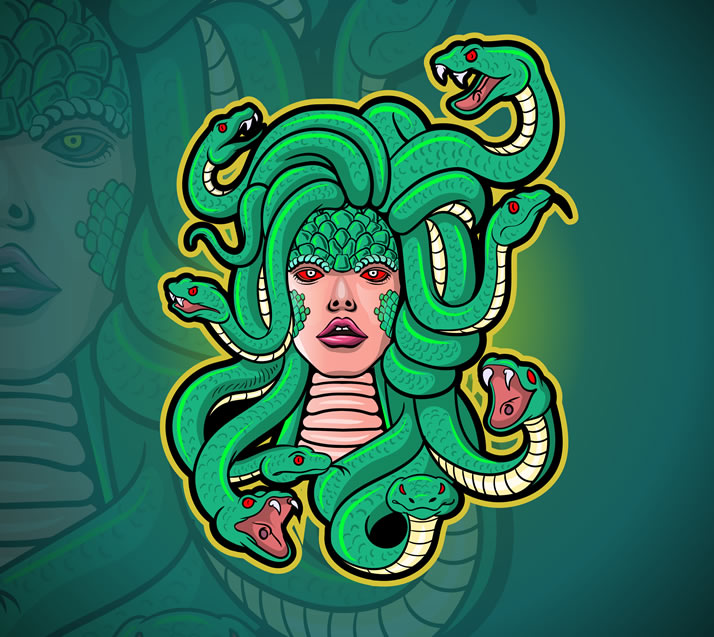 Medusa only has three notable abilities.

While Medusa’s snakes were never used to attack, they are stated to be venomous. Venomous snakes are known as “vipers” and there are several notable species of viper within Greece.

Even if one of these snakes is only mildly venomous, anyone unlucky enough to be in close range of Medusa and unpetrified would likely be savaged by multiple snakes striking at the same time. Exposure to multiple doses of the same strength of a toxin actually results in an increase to potency in those toxins.

Medusa plays a prominent role in the story of Perseus. In most narratives, Perseus is tasked by King Polydectes to claim the head of Medusa in order to prove his worth. In truth, Polydectes only gave Perseus the task as busywork so that he could pursue Perseus’ mother Danae. Perseus has been collecting various magical items in his quest of heroism and he put many of these to use, including a mirrored shield and a sword hand-forged by Hephaestus, to the task of decapitating Medusa.

As Medusa was the only one of her brood to lack immortality, she was perfectly vulnerable to having her head chopped off with Perseus’ divine blade. Perseus was able to get within slashing range of Medusa by watching her in the reflection of his mirrored shield. As previously mentioned in Powers & Abilities, Medusa’s petrifying gaze only worked on people who looked at her, Perseus was just fine and able to land a blow by following the reflection of Medusa.

Perseus then takes the head as proof of his kill and rides Pegasus back to King Polydectes. After learning the true reason for why he was off on so many heroic side quests, Perseus brandishes the decapitated head of Medusa, whose powers of petrification remained even after death, causing the king and all of his conspirators to be turned into statues. Eventually, Perseus returned the shield to Athena, along with Medusa’s head. Athena accepts the offering and places the fearsome head onto her shield, known as the “Aegis.”