In old Celtic and European lore, changelings were believed to be offspring of fairies, pixies or ogres, who were swapped with human babies. The swapped changeling would very closely resemble the human baby it traded places with, so much so that the mother could not immediately tell the difference. 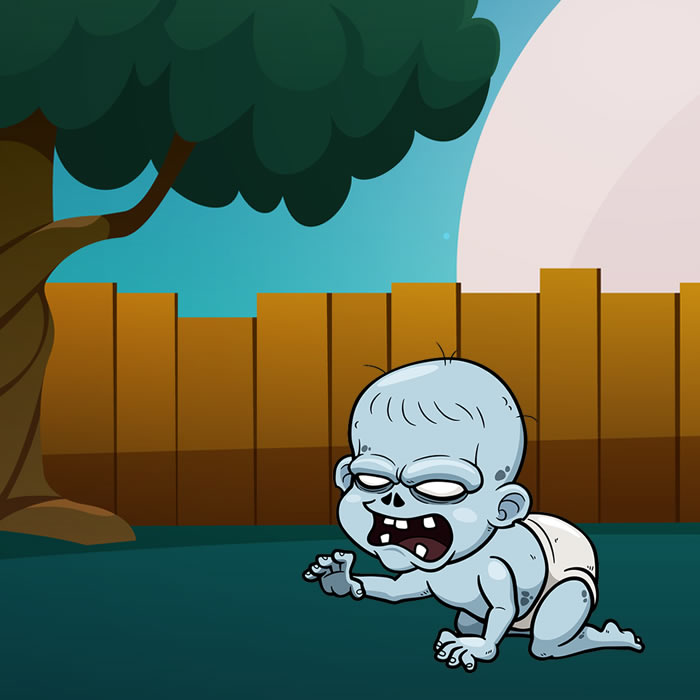 There are a number of explanations as to why these creatures would swap their offspring for human babies, and they differ from story to story. Fairies or pixies might want their offspring to get their nutrition, or a better life, from a human mother. Some religious theologians argued that witches were swapping babies for changelings on behalf of the devil.

It is possible that Martin Luther once wrote the following: “Changelings and killcrops are laid in the place of legitimate children by Satan in order to plague mankind. He often pulls certain girls into the water, impregnates them, and keeps them with him until they deliver their children; afterward he places these children in cradles, taking the legitimate children away.”

Some myths, however, do give the Changeling a special appearance. In some countries, the Changeling grows uglier over time. In others, it might develop a larger neck. There are a few variants of the Changeling that might also have non-human features, like a tail. Every regional variant tends to look fairly different from those in other areas, with the sole unifying factor seems to be that even the mother of the missing child is not immediately able to tell that the Changeling is not human.

The classical changeling actually has relatively few powers, even if it was a magical creature. This is a creature that simply swapped places with an infant and thus had very little ability on its own. In fact, there are many stories in which the only power of the Changeling is its ability to pass for human. In these stories, the goal of the protagonist is simply to force the Changeling to switch places with his or her child once again.

In other stories, though, the Changeling might have powers to impact luck. In these stories, the presence of a Changeling can cause crop failures or illness among humans. These are stories in which the Changeling represents a real threat and must be dealt with quickly.

It’s important to note that the Changeling is rarely able to change shapes at will, and thus must be forced to revert to its true form either through laughter or through torture depending on the story. In a few particular tales, the Changeling may also have a particular weakness to things like fire, iron, or (most strangely) egg shells.

The Changeling, at least in the classical sense, probably stems from British folklore, and specifically stories surrounding fairies. Though the most common tales of changelings tend to have specifically Christian trappings, there are plenty of pre-Christian rites and tales that surround this particular creature. In fact, some place the origins of the Changeling myth back into both ancient, pre-Anglo-Saxon Britain and even to Rome.

There is also a startling amount of evidence to suggest that the roots of many Changeling myths might be ancient reactions to certain disabilities. It’s thought that the fanciful stories might be how primitive societies dealt with the seemingly-random occurrences of children who had conditions like hydrocephalus and Downs Syndrome. There are others who suggest that Changeling stories might also have been used to explain conditions like autism, which in some cases might have manifested late enough to make children seem like they had ‘changed’ over time.